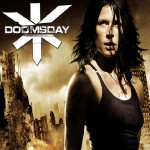 “Doomsday is a 2008 British science fiction thriller written and directed by Neil Marshall. The film takes place in the future. Scotland has been quarantined because of a deadly virus. When the virus is found in London, political leaders send a team led by Major Eden Sinclair (Rhona Mitra) to Scotland to find a possible cure. Sinclair’s team runs into two types of survivors, marauders and medieval knights.” 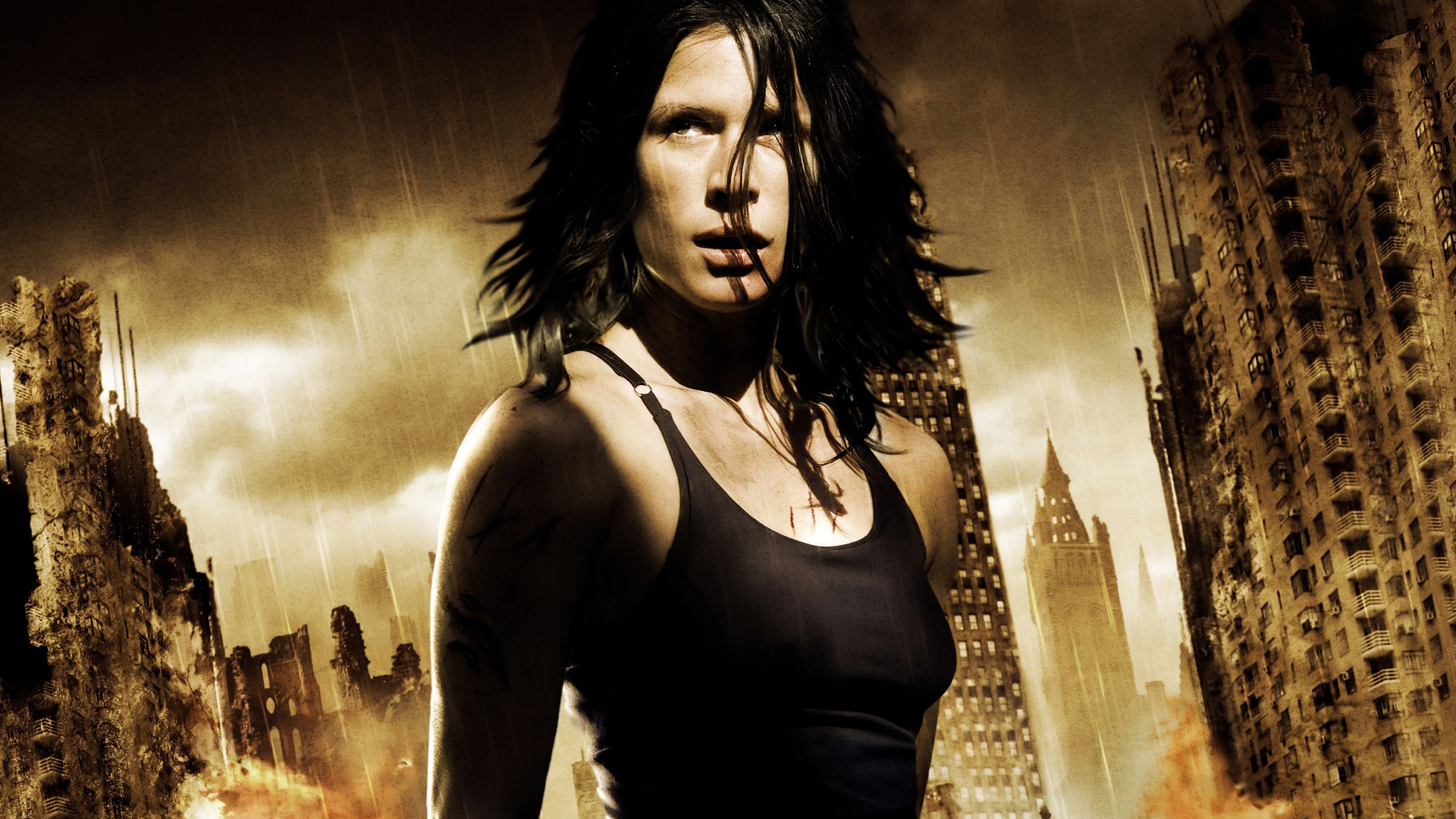 “In 2008, an unknown killer virus, dubbed ‘The Reaper Virus‘, has infected Scotland, turning people into savage animals and then killing the hosts. The UK government cannot quarantine the virus because they have neither cure nor vaccine, and they decide to build a 60-foot containment wall over the border with Scotland, isolating it from the rest of Britain, and also the docks, airports and bridges, preventing it from spreading. Meanwhile, with SAS teams evacuating the last of the healthy survivors, a Scottish woman begs a soldier to rescue her daughter, wounded after a riot and missing her right eye. A soldier sacrifices his place in the helicopter to save the girl, and she is transported out of the quarantine zone.”

“The quarantine is deemed a success, with the rest of the Scottish population dying off from the virus, ensuring the safety of the rest of the UK population across the decades. However the genocidal quarantine operation formed by the government destroys diplomatic relations between the UK and the rest of the world including the United States and the Commonwealth of Nations, causing massive unemployment, civil unrest and extreme economic turmoil.”

“Twenty-seven years after the Scotland quarantine, in 2035 London, during a police raid, officers find several people infected with a similar Reaper Virus. Fearing that the virus has returned to the rest of Britain, Prime Minister Hatcher and his right-hand man, Canaris, share with domestic security chief Captain Nelson news of survivors in Scotland during a CCTV filming of the area, and they believe a cure may exist there. They order him to send a team into Scotland to find medical researcher Dr. Kane, who was working on a cure when Scotland was quarantined. Nelson chooses Major Eden Sinclair, the little girl saved in the initial evacuation, now grown up and an SAS soldier, to lead the team, with a new medical mechanical eye to replace her missing one.”

“As Sinclair’s team approaches the wall, they are warned by Nelson that there will be no backup or no way of leaving without the communications online, but Sinclair insists on getting in. They breach the wall and close it, entering the quarantine zone, while Nelson stays behind in the safe zone. They depart for Glasgow and, while searching the local hospital for survivors, Sinclair and her team are ambushed by a gang of marauders. After losing numerous members of their group including both APCs, Sinclair and Dr. Talbot are captured whilst Sgt. Norton and Dr. Stirling manage to escape the attack. Sinclair is interrogated and tortured by the gang’s leader, Sol, and Dr. Talbot is barbecued alive. During Talbot’s immolation, Sinclair manages to escape with another prisoner, Cally, and kills Viper, Sol’s lover.”

“After meeting back up with Sgt. Norton and Dr. Stirling, they make their escape via a train driven by Joshua, Cally’s friend. They are surrounded by Kane’s medieval soldiers, and Joshua is killed while the rest are taken prisoner. Kane informs Sinclair of the truth…”