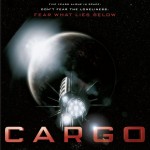 Too often big-budget American films do so little with so much. Then, along comes a little indie gem like 2009’s “Cargo” from Swiss filmmaker Ivan Engler that shows us less, is often really more…

When was the last time you watched a great Swiss Sci-Fi film? Never? Well, now you can say that you have! Made for only CHF 4,500,000 (about US $5,000,000), “Cargo” delivers big bang for the bucks. The cinematography is stunning, the story is simple and elegant and the acting is first rate. There is really noting special about this picture other than the fact that it is a highly entertaining, very well made film. And, when one considers what little the production had to work with, it comes off all the more amazing.

It is in german, (ya, Ich kann Deutsch!) but subtitles don’t bother those of us they don’t bother. It’s as plain as that. So, check this movie out! Then you can tell your friends about it!…

“In 2267, Earth is completely depleted and no one lives there anymore. Those that have money move to Rhea; but most of the population lives in orbit in space stations. Dr. Laura Portmann decides to work in the cargo ship Kassandra in an eight year travel to Station 42 that is in orbit of RH278 to raise money to meet her sister Arianne in Rhea.”

“Cargo is a 2009 science fiction film, the first from Swiss production and the first major feature film by Ivan Engler.”

“It is the year 2267. After the earth has become uninhabitable due to an ecological collapse, the remaining people live on overcrowded space stations in Earth’s orbit. The young doctor Laura Portmann (Anna-Katharina Schwabroh) is one of them. She hopes for a better future alongside her sister on the distant planet Rhea, but to get there, she needs money. She signs up with Kuiper Enterprises for a job on the decrepit cargo ship Kassandra, heading for an eight-year flight to unmanned Station #42 and back.”

“Due to the current terrorist threat from the radical Neo-Luddite group “Maschinenstürmer” (“Machine Strikers”), there is also an additional security person aboard: Samuel Decker (Martin Rapold). Toward the end of her shift, Portmann hears unusual noises from the cargo bay, and she feels observed. Her colleagues are awakened, and together the crew sets out to investigate the cold cargo space.”

“During the search, Captain Lacroix falls to his death from the cargo containers under mysterious circumstances. When footage from Lacroix’s artificial eye is reviewed by Portmann, she discovers that he saw containers marked “BIOHAZARD” in the ship’s hold, despite assurance that they were transporting construction materials. When Decker and Portmann investigate, they find a room filled with cases containing something else…”

A super-duper bonus, some original storyboard artwork from the film!…

And finally, some great wallpapers, to, well, wallpaper with!