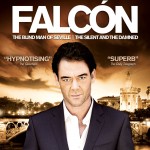 Each two-parter follows the Seville police inspector; ‘The Blind Man of Seville’ and ‘The Silent & The Damned’.

As if Seville alone wasn’t enough of a grab to watch this program, there are the people, the clothes, the music, the story, the acting, the production value and then there’s Marton Csokas. I’ve always enjoyed his work and it’s so good to see him in such a complex leading role; his approach to this one is spot on. Also, there’s the fact that he is one gorgeous specimen of a man.

There’s something in the way he moves and carries himself; he has a very primal almost instinctive way about him and his character oozes sexuality. He is especially compelling in this role because of his ability to convey so much about his character from what you see in his eyes, from his expressions and with what he does not say. You almost learn more watching him than by listening.

There is also a wonderful supporting cast including Hayley Atwell, Charlie Creed- Miles, Santiago Cabrera, Emilia Fox, Kerry Fox and Natalia Tena. Everything about this program is a real treat! Check it out…

“Sky Atlantic proudly presents Falcón – its brand new four-part crime drama, set in Seville and based on Robert Wilson’s bestselling novels. Javier Falcón is a Chief Inspector in the Seville police, a brilliant detective whose personal and  professional life is compromised by dark secrets from the past in this ambitious and complex new series.”

“Falcón himself is a complex and layered character, with a psychological darkness which mirrors the brutal darkness which surrounds him in Seville. An innately sexual and charismatic character, Falcón is forceful and focused, happy to ignore the distinction between the law and criminals and embrace his own flaws and addictions.”

“The hidden side of Falcón’s personality is matched by the darker, more visceral side of Seville; a dark and brutal place which lurks behind the creative and vibrant façade of the city. Set and filmed in and around Seville, the drama shows viewers a side to the city which they are unlikely to have seen before; Falcón’s Seville is shadowy, atmospheric but with a dynamic vibrancy and life.”

“The first story is adapted from ‘The Blind Man of Seville’, which follows Falcón‘s investigation into a brutal killing which stirs long forgotten memories. As Falcón investigates the crime, and finds himself drawn to the widow of the victim, he discovers the secret truth about his artist father’s violent history in Tangier and the Spanish Civil War.”

“The second story is adapted from ‘The Silent & The Damned’, in which a double suicide takes Falcón to an exclusive area of Seville where wealthy neighbors keep their secrets well hidden and there’s more in the freezer than just food.”